That's The Story Of My Life 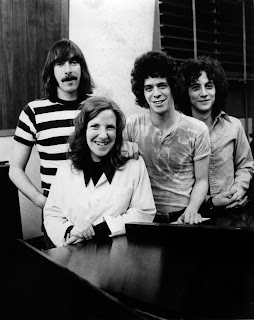 So as mid-winter takes its final bow, here at MA towers there's a palpable sense of what's ahead.
Musically the last few months saw a personal battle come to a head, i.e how can you be so involved in music, both on the business and creative sides and yet not buy more than a few CD's or downloads a year. Now, admittedly, over my life i've bought more music on various formats than quite possibly the whole of South East Asia has in its whole existence, but still the nagging guilt remained.
So, thank god for Spotify. Now those of you outside Europe may bemoan its none-existence (but fear not, it's coming your way) but for me right now, i'm quite happy to pay the £9.99 a month premium subscription with the knowledge that i'm getting lots of great music wherever i want (even on my phone) and the artists are getting money too. It feels like the future.
Now right now, Spotify isn't perfect, there's no Beatles on it, or Pink Floyd for that matter, or the rather wonderful Real Estate.Real Estate have really struck a chord with me over the last month. I came across them via a last.fm recommendation and boy am i glad. Their debut album makes me think of The Stone Roses, but without all the bagg(y)age that came with them. It sounds like four people in a room playing music that they really feel, which means something in this day and age. The masters of playing music of timeless grace and feel, were of course, The Feelies (our drummer, Johnny Mac's favourite band ever) who you should probably check out right now here. Gotta love that guitar solo baby.
before checking out the wonderful Real Estate here:
One album that i have been playing over and over on Spotify is Del Shannon's little known baroque masterpiece 'Home & Away'. Now most people know Del Shannon from his few hits in the early 60's (Runaway, Hat's Off To Larry, etc), but what most people don't know is that Del continued to make relevant music right through until the 80's 'Home & Away' was recorded with Andrew Loog Oldham which should've added some commercial clout to what he was doing, but didn't, Loog did however add some rather beautiful baroque flourishes to some of Shannon's prettiest melodies. I first came across these recordings via Pilooski's reinterpretation of Gemini which you can check here:
or get a taster from 'Home & Away' an album which to my mind should be revered in the same way as the likes of The Zombie's Odyssey & Oracle or  The Kinks 'Something Else' here
I was asked by my friend Danielle a few weeks back to put together a wedding play-list for her upcoming nuptials, with the brief that it should include lots of classics from the 80's and 90's and lots of Northern Soul. This was like a red rag to a bull. Spotify might have a few gaps in its catalogue but it's got a stellar selection of Northern Soul tunes. I know this because on a number of occasions, me and the wife on a Friday night when the kids are safely tucked up have built up a playlist, slipped the shoes off and had a good old frug. Amazing, uplifting spiritual tunes by the likes of R Dean Taylor (great name!) Archie Bell & The Drells and this monster from Dobie Gray
For those of you who have Spotify, check out this compilation which me and the missus really got a groove on to a few weeks back. For those of you who haven't, i'm about this close (puts finger and thumb together) to starting a Northern Soul night up here in Manchester.
Laters Taters.
353JVXFRT3UP
Posted by Unknown at 11:25

Wonderful video and music, now I know why you sound so wonderful because you have really mixed these music buffs and you are great! Thank you for this wonderful music * hug *

The first time I heard "Beach Comber" it made me want to listen to "Jesus Freaks". True story.

I've been very curious about Spotify. I'm satisfied with Rhapsody (which has Real Estate, Pink Floyd... and Magic Alex, but no Beatles) but I hear that Spotify has more bells and whistles.

Off to check out Home & Away on Rhapsody.

Actually it's not funny because neither does iTunes. "Silently" is gorgeous and now I want to hear the rest of the album.

So the twist here is that your post resulted in the purchase of a CD.

Del Shannon recorded the first version of Marie is the name .. before that Elvis bloke too ... good blog there fella