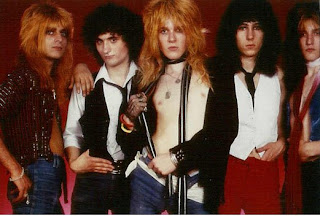 So, after my first post, i got into a discussion with a dear friend of mine in regards to always trying to finding the musical source, or as he put it, "the original sauce." For example he wouldn't want to listen to Lonnie Donnegan when he could listen to Leadbelly instead.

And i understand. As an adolescent i was an obsessed with Japan and David Sylvian, but then i heard Roxy Music's 'Song For Europe' and felt a little silly for spending so much precious time on something that was quite frankly, pretty derivative.

Now however, i'm feeling that, if it's good, it's good. i dont care if they were first or they were last. How does it make me feel? I know for example that whenever the opening bars of ELO's Mr Blue Sky begin i always feel about 150% happier than i did minutes earlier -and let's face it Lynne was no pioneer.

So, in the spirit of this here are three brilliant songs by wholly unoriginal artists.

First up, The Left Banke certainly weren't original, appropriating from The Beatles (you again!), Brill Building and The Byrds in equal measures. No matter, please do tell me if there's a more beautiful 3 minutes than Pretty Ballerina. Listen.

Secondly, The Dovers, What Am I Gonna Do is, in my humble opinion the most underheard and therefore underrated pop single of all time. Like Phil Spector producing the Swinging Blue Jeans but 500 million times better than that sounds

Lastly, the Perfect Disaster, what a band. Some would accuse Magic Alex of ripping off The Velvet Underground, but my god this band did it pretty much better than anybody else and B52 is as good as anything Lou and co put out.

Excellent post and greatly appreciated! As a long time fan of Tom Waits I felt a bit conflicted when I finally listened to Captain Beefheart.

Look forward to future entries! New or old, trailblazers or imitators - it's all music to me.