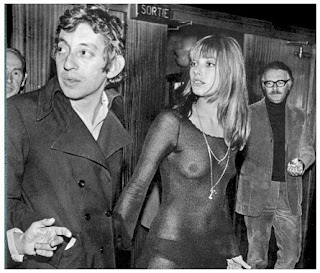 As he walked into the HMV he remembered a not so distant past. Easily navigating the aisles he looked at the middle-aged (grand)mothers and bored suits and recalled his addiction.

Must have, must have, must have a CD. Not sure which, does it matter? Just need another CD. He asked himself when the last time was that he'd bought a CD from HMV and as the music in the shop changed from Kings Of Leon to Duffy he realised he couldn't remember.

I threw my CD's away.

Not all of them you understand (i'm not getting rid of my nuggets box-set just yet), but all the ones i dont play anymore and pretty much every CD single. Out they went (to the bin, or if they seemed in any way valuable to the charity shop) and as they did i felt no remorse.

But it wasn't that long ago that this action would have seemed absurd. During my teens and early 20's i spent ALL my money on music, some of which i'd heard, but most of which i'd read two or three reviews of and was willing to take a chance on. Friends, girlfriends and family couldn't enter a town-centre in my company without the inevitable need to visit the record-shop(s). When holidays were booked the first thing i thought was, 'i wonder what the record shops are like there'? Monday lunchtime i'd hurry to Our-Price (the singles were cheaper there) and decide which 2 or 3 new releases to buy. Rushing between WH Smiths to double check if there was a positive consensus in the music press for my potential purchase. On the way home on the bus or tube i'd read the label copy - the producer credits, sleeve notes, songwriting credits, filing away useless information. With the mountains of CD's piled up against my bedroom wall I honestly thought i was building a library for my future children.

"Wow dad, you've got The Propellerheads second and somewhat inferior single, 'Spybreak' AND Slowdive's first three Creation EP's... What riches you bestow upon us!"

And now, i look at my itunes and wonder where did that song come from? Did somebody send me that, was it a free download, was it from a blog or a rapidshare link, or drunkenly nabbed from limewire?

Well, here are three new(ish) songs that i have bought and that after listening to here, that i rather think you should buy too.

First of all Kwes. Really can't say i know too much about this man, but what i do know is that this is the best song i've heard in a bloody age. Sure there's echoes of The Specials, The Cure, (early) Scritti Politti and Christian Fennesz but this is mad, original, beautiful pop music that makes my head spin and my stomach lurch.


Robert Wyatt & Bertrand Burgalat's 'This Summer Night' sort of slipped out last year, but thankfully the ever wonderful Marc Riley played it on his 6music show months later and i was smitten. I watched Robert Wyatt on that BBC4 Rough Trade documentary a few weeks back and wondered if he isn't perhaps the most underrated British musician sort of, ever?

The last song was played to me a few weeks back by my best man John in a very compromised state. Now, John knows me well enough to know that in complete sobriety i could well have baulked at the overly twee, smooth pop classicsm that The Leisure Society display here, but with the bottle of whiskey drained and the early morning sun cascading through the window i was powerless to resist.

Ah, I've managed to miss your prev two blogs, I see. I'm not sure which I'm enjoying more, your wonderful writing or the music! Thanks, love the Kwes song ;-D

Now on to the blogs I missed...